(ATLANTA) — Ahmaud Arbery’s 26th birthday would have been May 8. Instead, his family will be mourning his death and seeking justice after a father and son allegedly shot and killed him almost three months ago.

After two Georgia prosecutors recused themselves from investigating Ahmaud Arbery’s Feb. 23 death because of a conflict of interest, a third district attorney, assigned by the state’s attorney general, announced on Tuesday that a grand jury should decide to file charges.

The legal proceeding cannot go forward until June 12 because the courts are closed due to the coronavirus pandemic. The Glynn County Police Department told ABC News on Tuesday that no arrests have been made.

Video footage of the shooting allegedly taken by a bystander was leaked on social media and quickly went viral.

Democratic presumptive presidential nominee Joe Biden said on Twitter that “Ahmaud Arbery was killed in cold blood” and California senator Kamala Harris said the video “sickened her to the core.”

The Georgia Bureau of Investigations was requested by Durden on Tuesday to investigate who released the video as well as threats made against the police department. On Wednesday, bureau Director Vic Reynolds announced he was assigning three different agents from three different regions to investigate Admaud Arbery’s death.

In the 28-second video, Ahmaud Arbery can be seen jogging in the street around 1 p.m. on Feb. 23. The video ends with two loud shotguns.

Ahmaud Arbery’s parents, Wanda Jones Cooper and Marcus Arbery Sr., along with their attorneys, Ben Crump and S. Lee Merritt, said at a video press conference Wednesday that Gregory and Travis McMichael, who have been accused of shooting Arbery, and Bryan Williams, who allegedly recorded the video, should all be arrested.

“If my son killed the McMichael’s son, he would have been arrested on the spot,” Marcus Arbery said.

Marcus Arbery said his son, who aspired to be a boxer, was athletic and known for taking daily jogs. Ahmaud Arbery lived in Brunswick, one town over from Satilla Hills, where the McMichaels live.

“He took his body very seriously, always ran and had pride in everything he did,” said Marcus Arbery. “It cuts me deeply how his life was taken. I would have preferred them to come and take my life instead.”

Cooper said when police told her that her youngest son was shot and killed inside a home during a burglary she had no reason to question it “because it was authority talking.”

It wasn’t until after Cooper did her own research and read local media reports that she says she started to question what police said.

The district attorneys in Brunswick and Waycross Counties have recused themselves from the case, citing conflicts of interest because of professional ties to Gregory McMichael, who had a lengthy career as an investigator in the Brunswick district attorney’s office before recently retiring. He also worked for several years as an officer in the Glynn County Police Department.

Before the Waycross district attorney, George Barnhill, removed himself from the investigation, he wrote a three-page report that said there was not insufficient probable cause to issue arrest warrants for the McMichaels and Williams, according to the documents obtained by The New York Times.

Merritt, one of the family’s lawyers, said “it would not be possible for the McMichaels to be justly prosecuted if the prosecutors have ties in Southern Georgia.” He now wants the Department of Justice and FBI to get involved in the case.

“FBI has said it’s assisting and as is standard protocol we look forward to working with them should information come to light of a potential federal violation,” according to a spokesperson with the Department of Justice.

“This was a hate crime,” said Marcus Arbery. “How is it a crime to work out?”

Ahmaud Arbery is African American and the McMichaels are white.

The U.S. Attorney’s Office for the Southern District of Georgia declined ABC News’ request for comment.

When police arrived on Satilla Drive on Feb. 23, Gregory McMichael said there were “several break-ins” in the neighborhood and he allegedly caught the suspect “hauling a–” down the street, according to the police report.

Gregory McMichael, 64, said he went inside the house to get his son and they both grabbed their guns — a .357 magnum and shotgun — because they didn’t know if the suspect was armed, according to the report.

The father also told police that he saw the same suspect stick his hand down his pants “the other day” which lead him to believe “the male was armed,” according to the report.

According to Georgia law, civilians are allowed to pursue a suspect if a crime has been committed and make an arrest until law enforcement arrive.

Travis McMichael got into the driver seat with his shotgun as his father hopped into the back of the pickup truck with his handgun and tried to stop the suspect again, according to the report.

In the viral video, Ahmaud Arbery can be seen running around the vehicle on the passenger side. According to the police report, Travis McMichael said he shouted “Stop, stop, we want to talk to you” as he pulled up close to the suspect.

ABC News’ request for comment from the McMichaels’ attorney Allen David Tucker was not immediately returned. Phone calls to the McMichaels were not returned.

“The video contradicts everything the family have been told about what happened,” said Merritt. “They were told the McMichaels were attempting to make a citizens arrest. That’s absurd. They were vigilantes. They were a posse and performing a modern-day lynching.”

Ahmaud Arbery was pronounced dead on the scene by the Glynn County coroner. No weapons were found on Ahmaud Arbery, according to the police report.

Merritt said the video was either released internally by the police community or by the McMichaels themselves, who have allegedly bragged about the shooting online.

Officers with the Glynn County Police Department have been called to the Satilla Shores neighborhood three times since October 2019 over reports of a trespasser on the construction site of a new home being built near the McMichaels’ house, according to police reports obtained by ABC News. Police were also called on Jan. 1 by Travis McMichael because his firearm was allegedly stolen out of his truck.

The owner of the construction site told police on Feb. 11 that the same “unknown black male” had trespassed on his property repeatedly. That alleged suspect was described as a “lighter skinned black male” with a slender build who was between 5’10 and 6′ and whose arms may have been covered in tattoos. Ahmaud Arbery was 6′ with a darker skin complexion.

Angie's Morning Motivation: Mastering The Art Of Being Silent 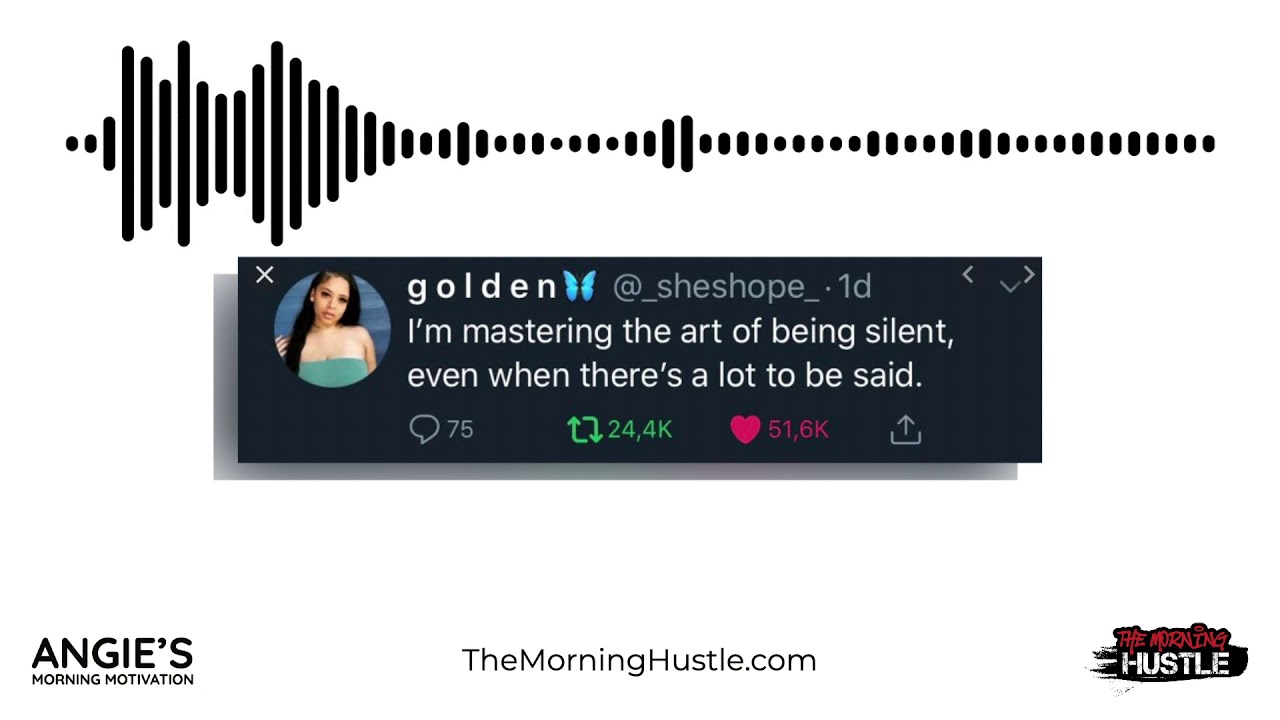 Ellie Goes Savage In New ‘The Last of Us Part II’ Trailer | The Latest Hip-Hop News, Music and Media