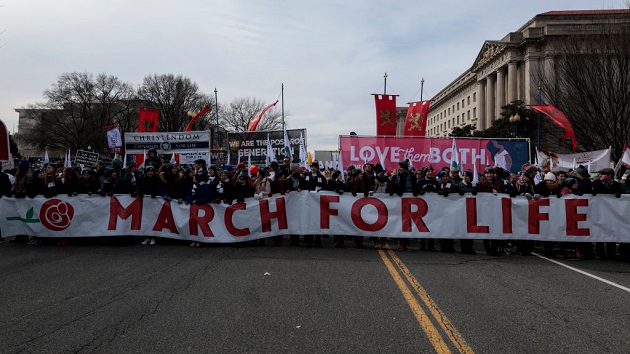 Anna Moneymaker/Getty Images (WASHINGTON) — The anti-abortion rights movement is at a critical moment, motivated in large part by conservative justices on the Supreme Court who seem poised to rule in favor of states’ stringent abortion laws. Now, with the majority of the highest court seemingly on their side, anti-abortion rights supporters are publicly preparing […]